Listening to Charlie Rose on my way home the other night I kept hearing the same thing over and over from the “panel” members (corrupt Liberal journolists):

Democrats have been trying many alternate stories on for size since they had their ass handed to them by the voters:

In short… they are deluded.

But this delusion hasn’t stopped them from now trying to shift the anus onto the GOP… can they govern?

Were they saying the same thing as Harry Reid’s Senate never sent one budget to the White House?

Or how nothing got done there?

Not that I remember.

But now it’s up the Republicans to govern.

The GOP doesn’t have enough votes to override a presidential veto and any bills they do send to Obama’s desk he will simply cast them aside while making up excuses.

However Republicans do need to act responsibly. Trying to impeach Obama is a bad idea. Expending too much political capital to fully repeal Obamacare is a waste of time. Republicans need to defund anything Obama attempts to do regarding Executive Orders and immigration and they need to send specific bills to his desk repealing certain aspects of Obamacare (like the medical device tax).

Obama is looking to provoke Republicans and make his weaknesses look like his strengths.

The GOP can simply sidestep him and nullify the threat.

It’s Not Too Late for Conservatives to Support Gay Marriage 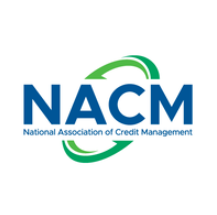