Many nonprofits are engaging people on social networks, initiating conversations, and prompting action to make the world a better place. As another channel in the marketing mix, social media represents a direct conversational touchstone for a group’s supporters. But what is the best way for a nonprofit organization to approach the world of social media?

Throughout the evolution of social media, businesses have continuously refined their marketing strategies in order to spread brand awareness, and ultimately sell a product. But one of the most popular products marketed through social media cannot be eaten, driven, or worn…and isn’t even tangible. The product? Common good. The list of problems in our world today is long enough to wrap around earth a few times at least. There are countless dedicated nonprofit organizations utilizing social media to raise awareness and money, as well as encouraging people to take action for their cause. 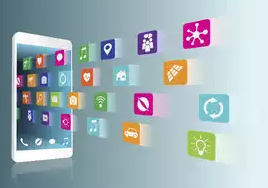 Each nonprofit organization is a brand. Their cause is the product they sell, and the people that take action to support the cause are their consumers. Like many businesses that have successfully capitalized on social media to promote action from their consumers to buy a product, many nonprofits are engaging people on social networks, initiating conversations, and prompting action to make the world a better place.

Most nonprofits may not have the marketing funds available to pay for a quarter page ad in this Sunday’s paper, let alone a TV spot or a billboard. Before social media, nonprofits had limited reach and subsequently, limited awareness of their causes. Social media has helped serve as the wrecking ball to these barriers, but there is still a question of which method may be best, as time remains a tight resource.

Facebook has long been the reigning champ of social media. Oxfam International , a coalition of 15 international organizations dedicated to taking action against worldwide hunger, poverty, and injustice, offers various Facebook pages to connect with their audience. The organization has a main Facebook page (80,000+ likes), an Oxfam America page (51,000+ likes), an Oxfam Australia page (10,000+ likes), along with pages for Italy, Ireland, and New Zealand. Having various pages based on locations allows Oxfam to relay relevant, valuable information and opportunities to their fans, based on their location and language. 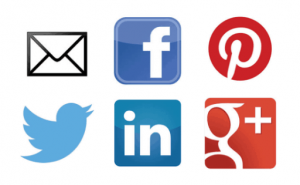 Oxfam effectively engages their “consumers” on Facebook in a number of ways. Before Valentine’s Day, they posted a link to an e-card to send to a loved one for a small donation. The link read, “Show your honey you care with bees that help rural farmers.” They posted on International Woman’s Day, to allow fans to share stories of women in their community dedicated to making a difference. Before the Super Bowl, they shared a commercial that would not be airing during the big game, featuring two star NFL wide receivers Anquan Boldin and Larry Fitzgerald. The spot was about the two athletes volunteering in East Africa to help solve the hunger and poverty issues. This variety of content, along with games and contests are just a few examples of how Oxfam uses timely, relevant material to connect with fans in a two-way stream of communication. At the same time, they enable their fans to share the Oxfam brand with their friends, who may be unfamiliar.

Twitter’s popularity has grown exponentially in the past few years. Nonprofit organizations are among the thousands of brands with a presence on Twitter, many using it effectively to expand their reach. Alex’s Lemonade Stand is a national foundation headquartered in Wynnewood, PA, dedicated to raising money and awareness for pediatric cancer. The organization (51,000+ followers) has effectively used hashtags on Twitter to join, or spark conversation about the issue of pediatric cancer, as well as their brand. #makeadifference, #childhoodcancer #beatcancer, #funfactfriday, #charitytuesday are all relevant trending topics that the foundation tweeted to engage followers in conversation, as well as reach other potential followers. They also connect timely events and trending topics with their brand. They used #Oscars and #AcademyAwards on the night of the event to recognize previous winner Robert De Niro, an advocate for their foundation. The organization also interacts with their corporate sponsors, engages their followers with trivia and prizes, and uses Twitter to initiate fundraising opportunities such as a nationwide “Lemonade War,” which challenged teachers and students across the country to sell lemonade, with proceeds going towards their efforts.

Celebrity supporters are heavy stones in the ripple effect of non-profit brand awareness on social media. PETA (People for the Ethical Treatment of Animals) is a non-profit with plenty of big-name supporters. Many celebrities, including Miley Cyrus (5 million+ Twitter followers) and Ke$ha (just under 3 million Twitter followers), have RT or @ mentioned PETA on Twitter. In doing so, the PETA brand is instantly exposed to millions who might be completely unfamiliar with it, which could lead to more followers, or a deeper search for the organization’s information programs and donations. 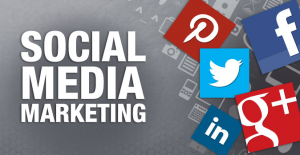 There are many other social media sites that nonprofits are using in their marketing strategies. Foursquare offers a Partner Badge program with various organizations that helps increase exposure and relay locally relevant information to users in a certain area. Red Cross utilized the Partner Badge to promote blood donations worldwide. Foursquare also offers a Merchant Platform that allows nonprofits to team up with a corporate sponsor to raise money. Through the Merchant Platform, Gap donated 10 cents to Camp Interactive for every check-in at one of their stores.

When Star Group works with nonprofit and cause-related organizations, we understand that people have a natural desire to be philanthropic, and we work to stimulate that desire without crossing the line. By advocating through social media with the right mix of content and strategy, non-profits can reach new audiences for their “product,” and build on their brand’s promise. As another channel in the marketing mix, social media represents a direct conversational touchstone for a group’s supporters.

Do you support or work with a nonprofit that uses social media in a unique way? Are you able to find 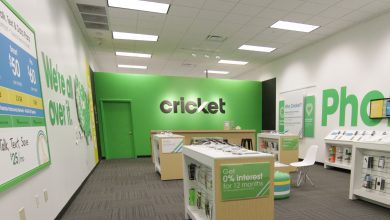 Cricket Cell Phone Service! what its all about? Read to find out